談七一：Anna Tse 《A day for celebration, not protest》及杜葉錫恩《Councillors need to ‘serve the people’》

談七一：Anna Tse 《A day for celebration, not protest》及杜葉錫恩《Councillors need to ‘serve the people’》

A day for celebration, not protest
Anna Tse, Mid-Levels

On July 1we celebrate our reunion with the motherland. But it has become a day of complaints. A vociferous group of malcontents usurps centre stageon the festive occasion to demonstrate their penchant for carping.

Obsessed with fault-finding, they exaggerate the developmental problems which our respectedcentral government and the nascent special administrative region government aim to overcome.

They fail to review their fundamentalist ideals of individual rights in the realistic context of globalisation, where governments act for their citizens in the competition for economic growth and employment opportunities.They disregard our country’s achievements, overlook historical hardships which our countrymen have overcome and ignore our leaders’ struggle in the international arena to improvethe nation’s economic, political and cultural standing.

They idolise the Anglo-American form of liberal democracy, not knowing that such a tradition of idealistic liberalism is predicated on the economic exploitations of historical UShegemony or British imperialism. Without such historical advantage, countries such as those in Europe may only afford social democracy which emphasises collective social responsibilities instead of the misguided belief in the individual’s right to maximise personal interests.

Liberalism is a luxury that cannot exist without a strong economy. As the US economy falters, individual rights inevitably dwindle while the government expands controls.In an article in The New York Times on June 24,former US president Jimmy Carterlamented the US government’s gross human rights violations in recent years, such as “assassinations”, indefinite detention and “warrantless wiretapping” of American citizens and foreigners, and air strikeson civilian homes in foreign countries.But no American would protest against these violations on July 4, the day of their country’s national celebration.

For us, the Tiananmen tragedy is a historical issue and not the only national issue. We must look into allegations about maltreatment of political activists who, however, are not the protagonists of July 1 – a day for jubilant consolidation and not for rowdy rallies to incitedissent.

While an agnostic, I’m prepared to quote from Galatiansand plead that “for at the proper time we shall reap, not desponding; then, as we have opportunity, may we work the good to all”.

It will soon be election time, and we shall read the promises, true and some maybe untrue, of candidates for the next Legislative Council.

Having been a member of the (former) urban council andLegco, I have seen both kinds. Having the title of councillor,and the publicity given to those who become members of government councils, isa great attraction to some people but their workdoes not always, or even often, match their promises.

This verse written nearly100 years ago by a famous Muslim writer, Saiyid Sulayman Nadwi,may speak to some legislators of today:”Thelegislatures in every country make and unmake laws endlessly, but seldom their labours are for the benefit of the people whom they profess to represent.”

Does this ring a bell concerning the activities of some of the legislators we have seen recently posturing in our time? May we hope that the coming elections will produce
candidates who really mean it when they say they will, “Serve the people”.

The people are in need and deserve genuine service these days, when the gap between the rich and poor has widened too far, a gap similar to, or even worse than that which existed in the 1950s to the 1980s in Hong Kong. 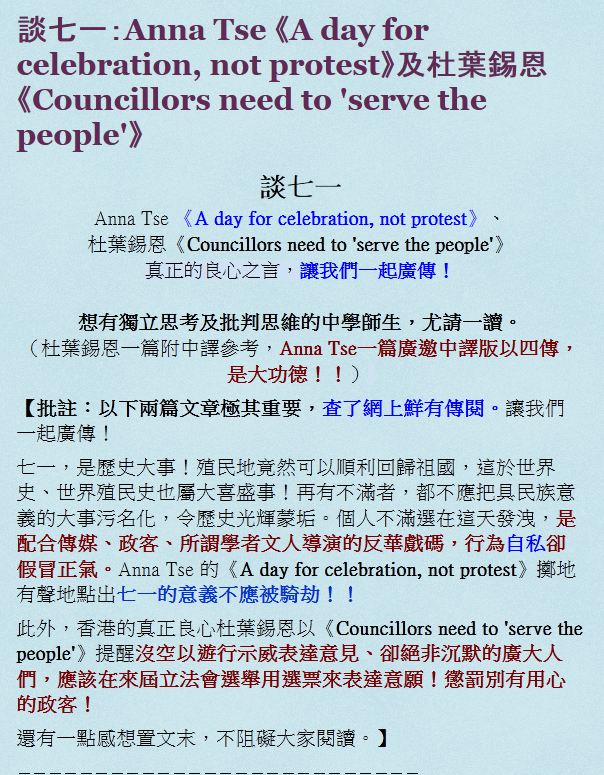 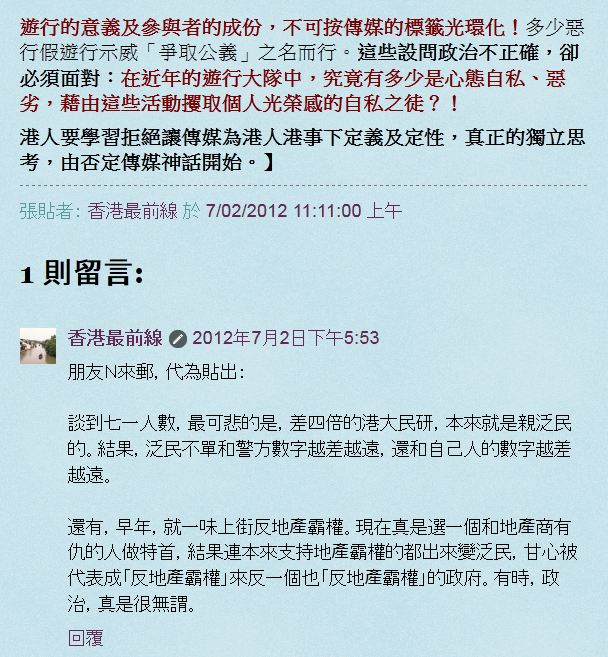 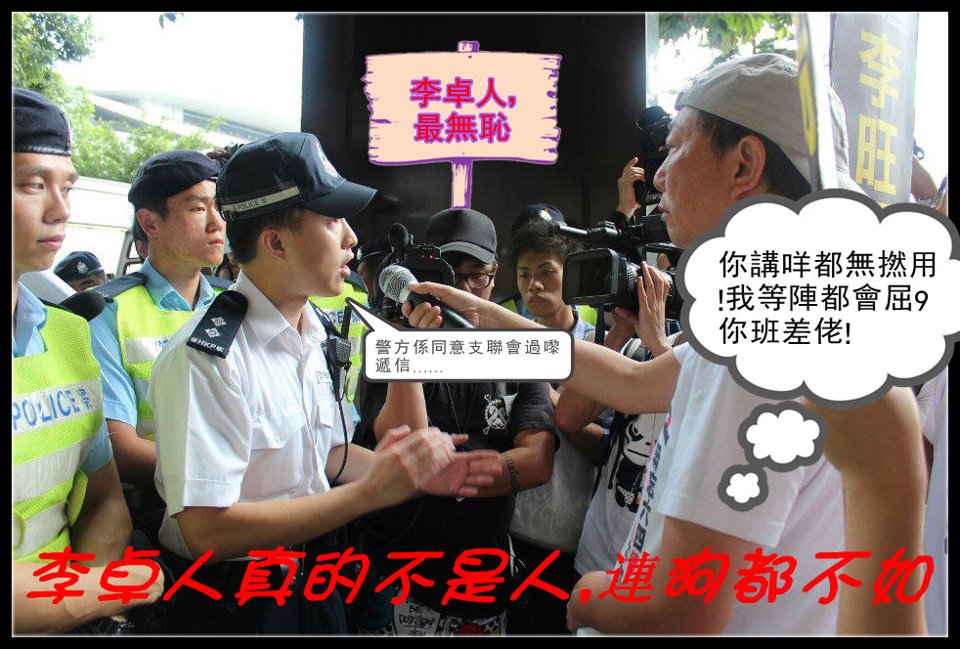 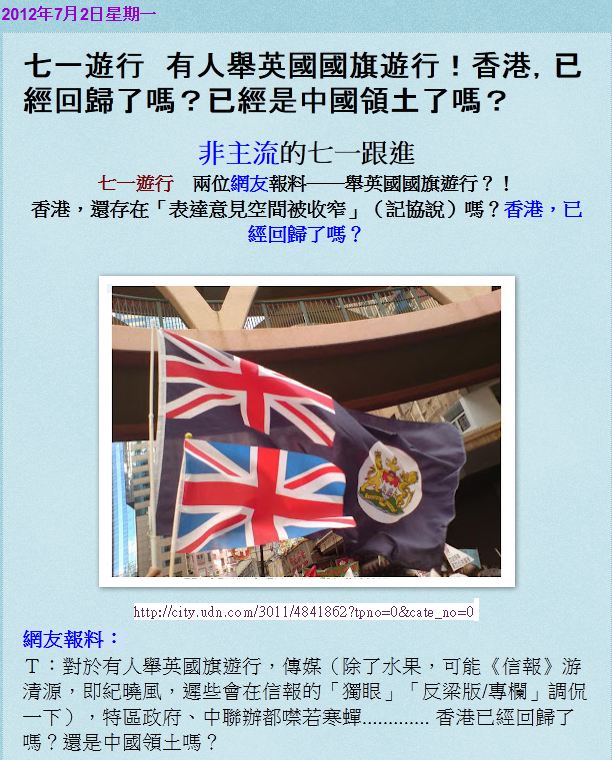 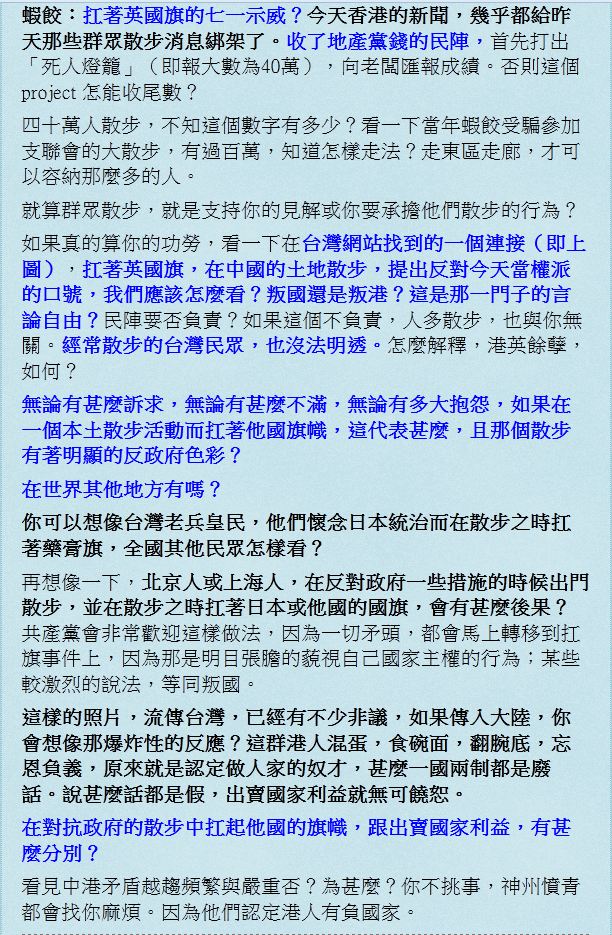 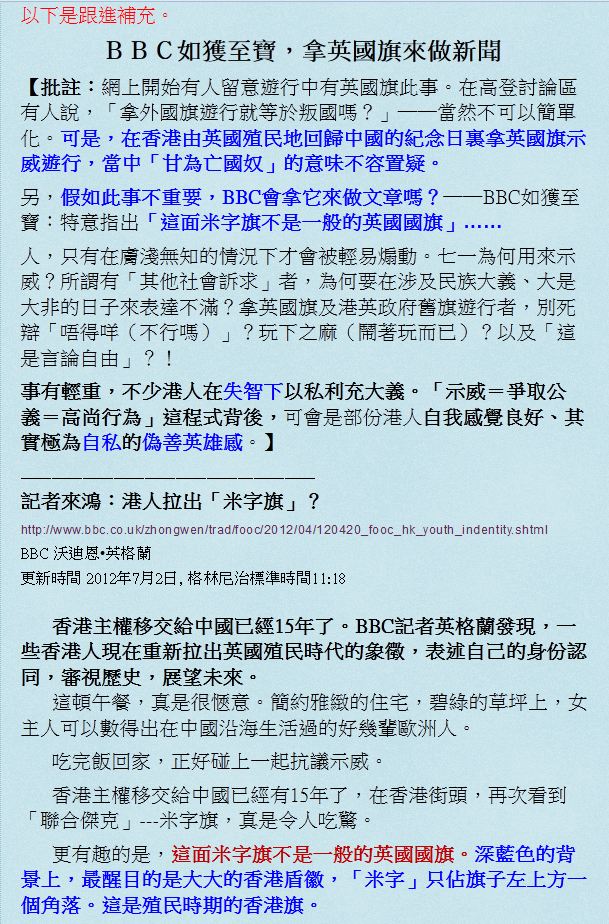 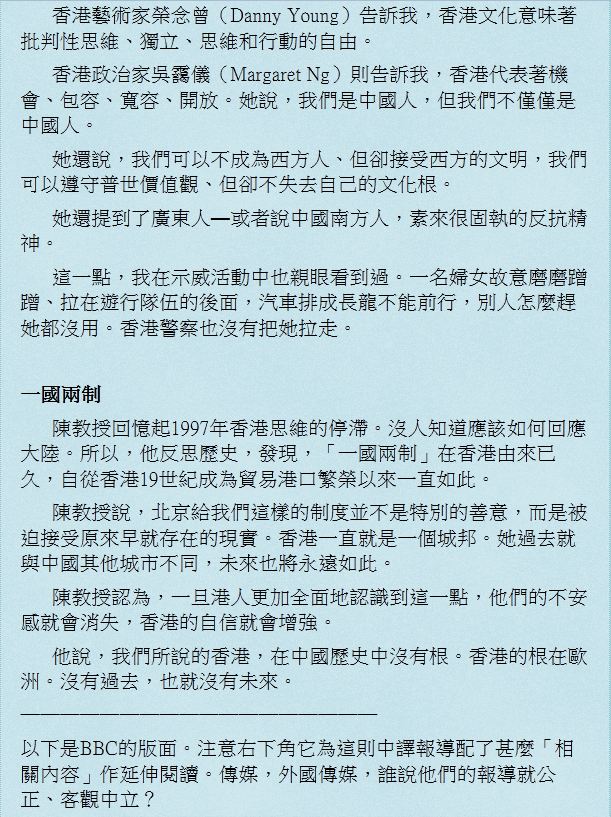